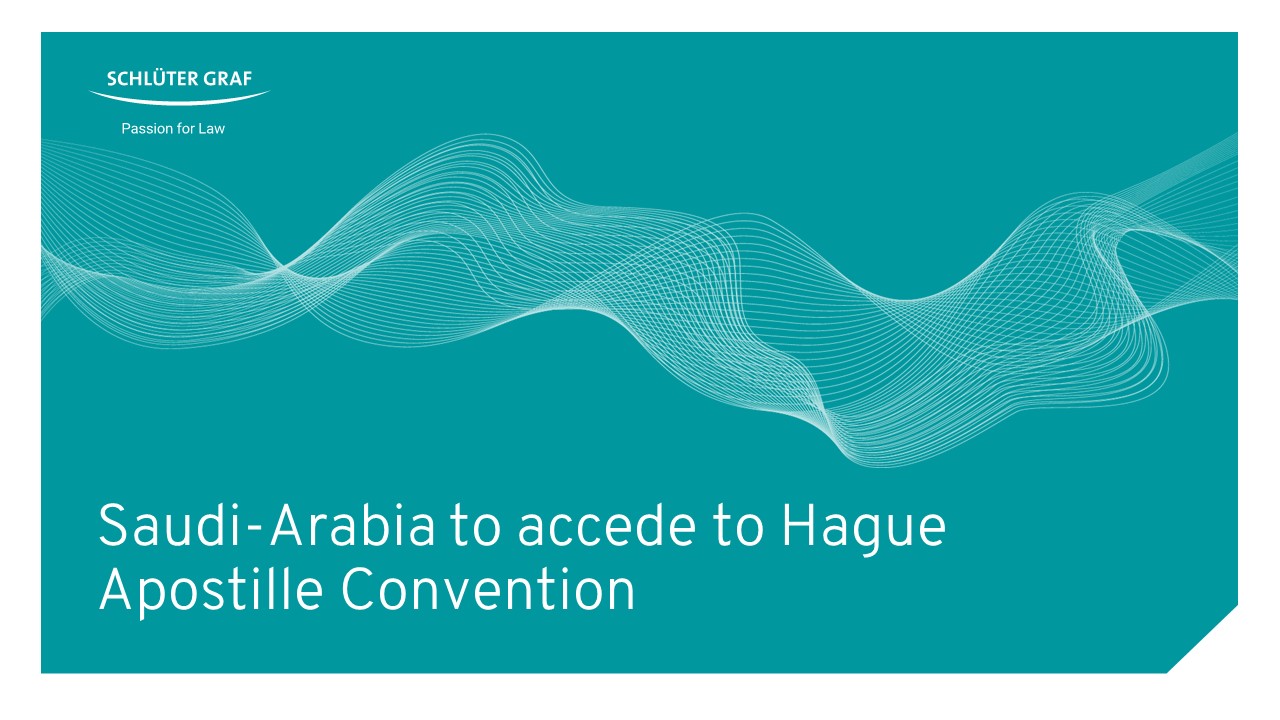 Foreign public documents (from public authorities, courts, or notaries) need to be legalized to be recognized by authorities in Saudi-Arabia. Legalization is the internationally accepted procedure for verifying public documents by the state in which the document will be used. This procedure is lengthy and time consuming.

To tackle this, Saudi-Arabia has now acceded to the Hague Apostille Convention Abolishing the Requirement of Legalization for Foreign Public Documents (“Convention”). Under the Convention an apostille stamp is given by certain authorities in the country of origin of the document. This stamp is sufficient for certification and for use in other member states of the Convention. Member states of the convention include, e.g., all EU states, Bahrain and Oman (not, for example, the UAE). Apostilles significantly shorten the process compared to the legalization of documents.

Saudi-Arabia has recently enacted Royal Decree Royal Decree M/40 dated 26/05/1443 H to transform the Convention into domestic law. The formal procedures to make the Convention an international obligation for the Kingdom are still ongoing. It is expected that these steps will be completed during the coming months.